‘Set in the most creative square mile in the world, SohoCreate is the biggest conversation about creativity in the country. …all at the heart of Soho: a powerhouse with the highest concentration of creative professionals on the planet’

I was lucky enough to tag along with copywriter and neon hunter friend Lucy, to the press launch of the SohoCreate Festival 2016. Lucy will be exhibited as part of the Future Talents competition, which is how I managed to bag an invite! Of course, no event in Soho could be complete without a bit of neon! So, naturally the launch was held at the Lights of Soho gallery on Brewer Street.

The festival was kicked off by none other than Sir John Hegarty himself, who was in awe of how amazing the response has been and that the festival is now celebrating its third year. He gave so much praise to the design community in the area and how in ‘the most creative square mile in the country’ was bringing in fresh talent from all over the country, even the world. And obviously not forgetting how he couldn’t have created such a successful festival without the support of every kind of creative that he could see present in front of him. 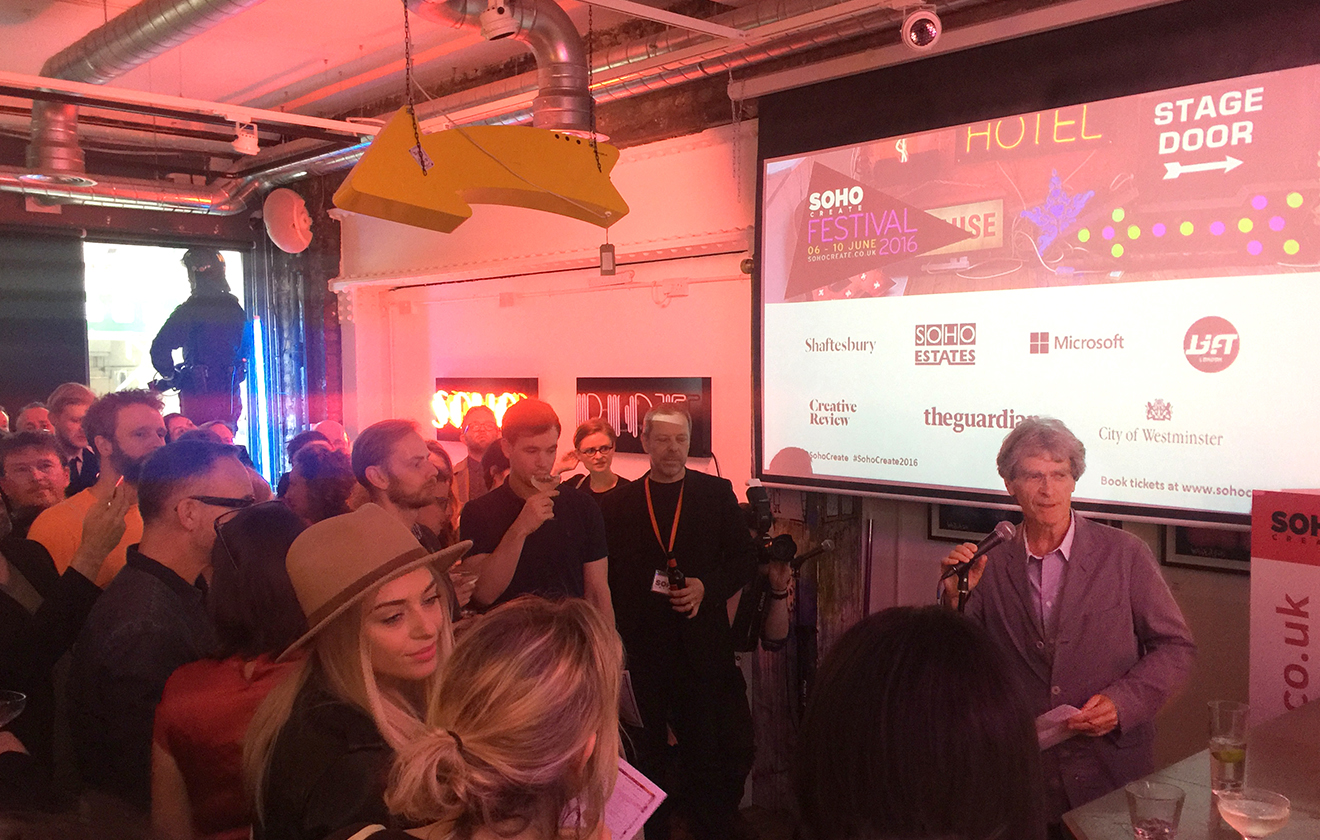 The rest of the night carried on in typical fashion, amazing goodie bags, followed by networking, meeting some interesting creatives from all walks of design and of course using anything we could find to fan ones-self due to how ludicrously hot it has been this week! 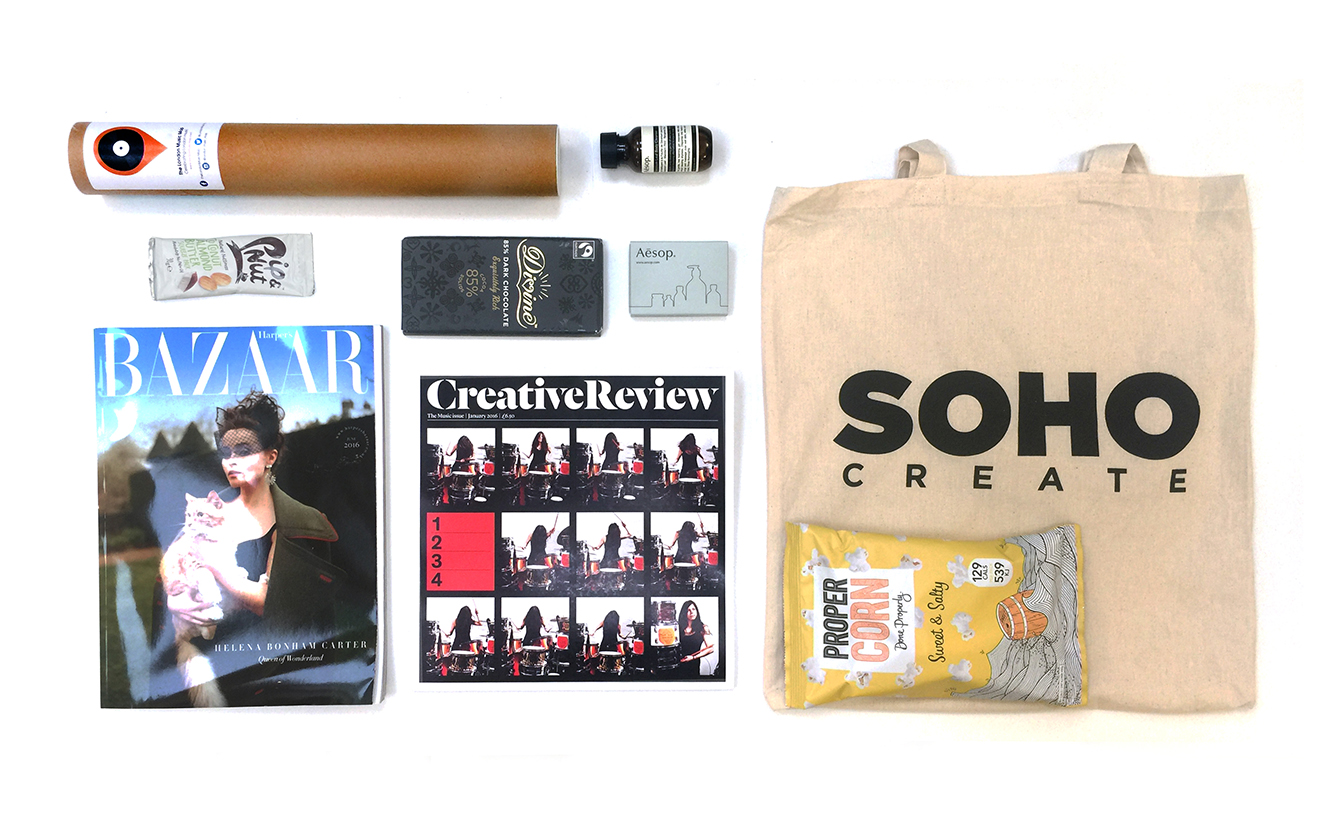 Taking place in and around Soho from the 6th – 10th June, SohoCreate Festival exhibits Future Talent, Open Houses, Guest Speakers and the Creative Symposium for 5 days of inspiration with both free and paying events.